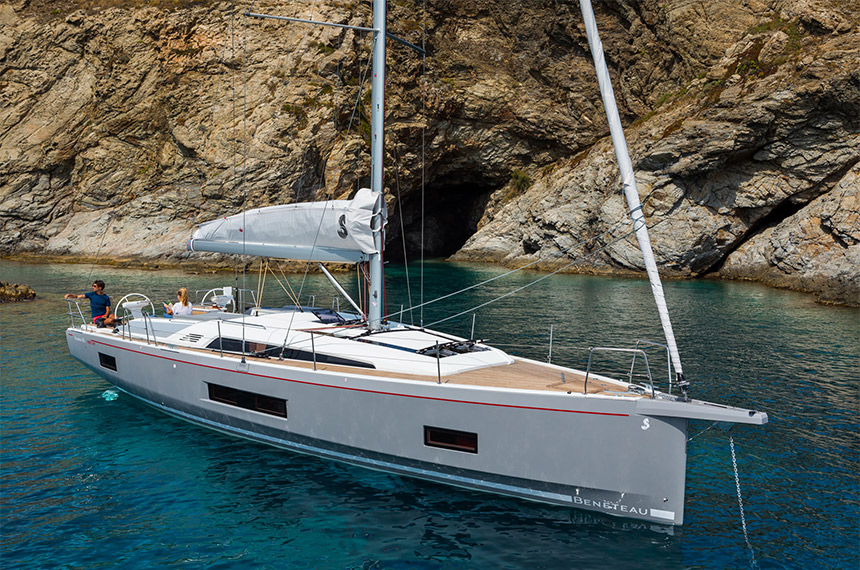 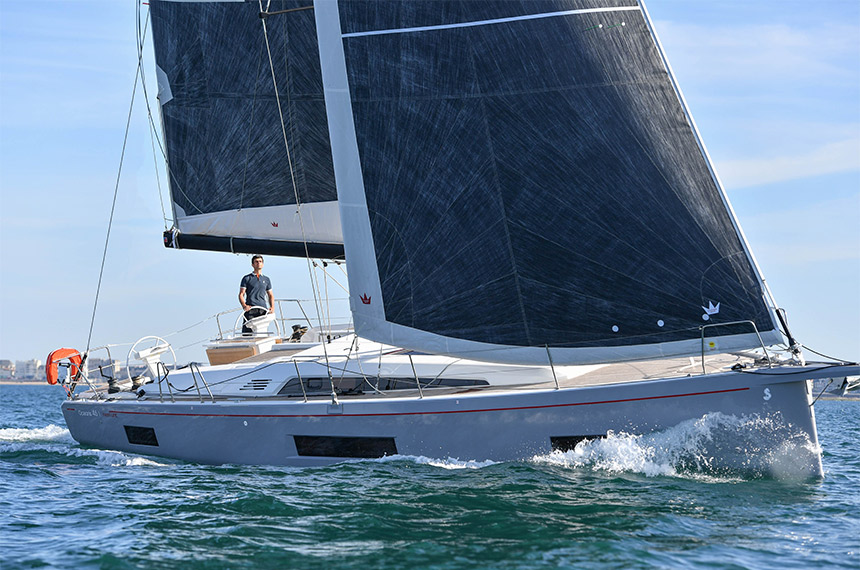 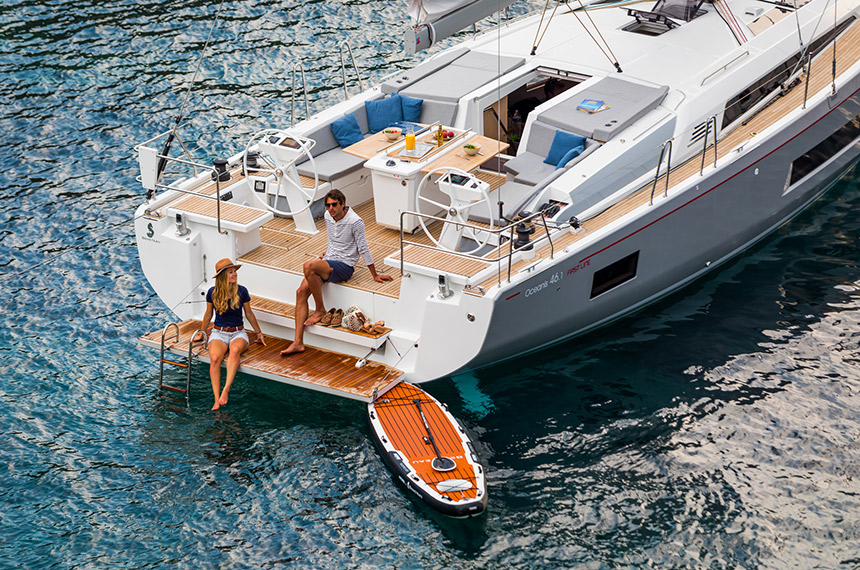 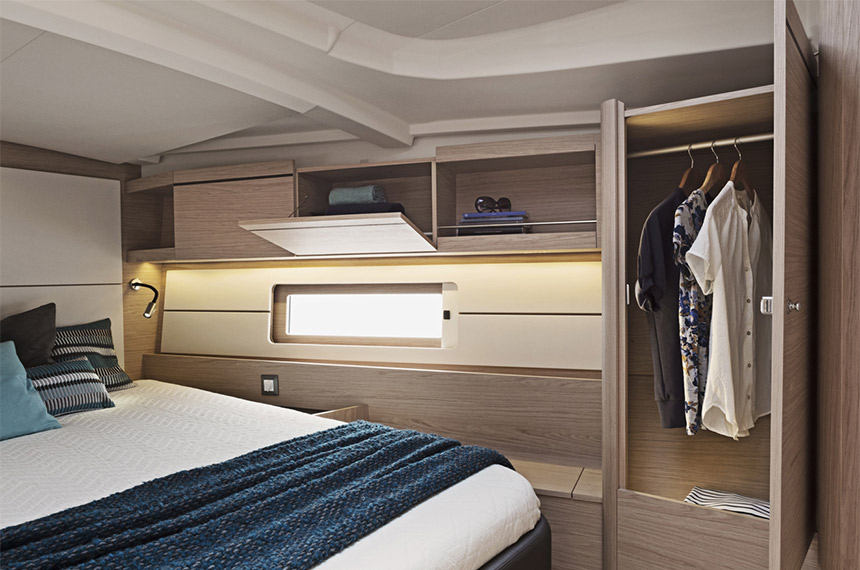 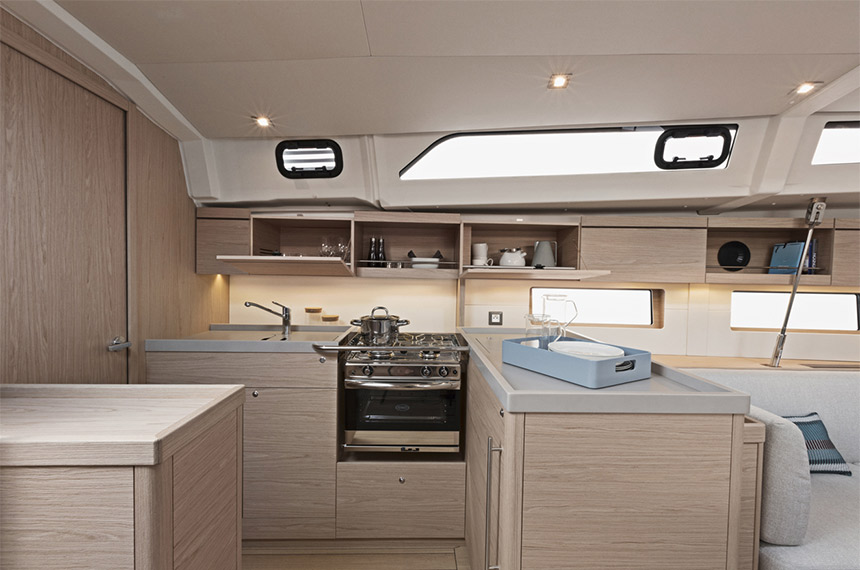 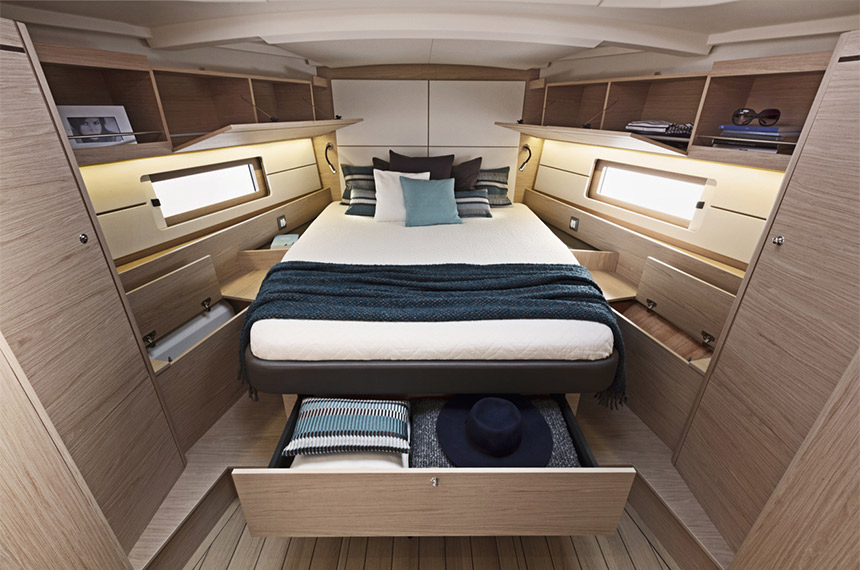 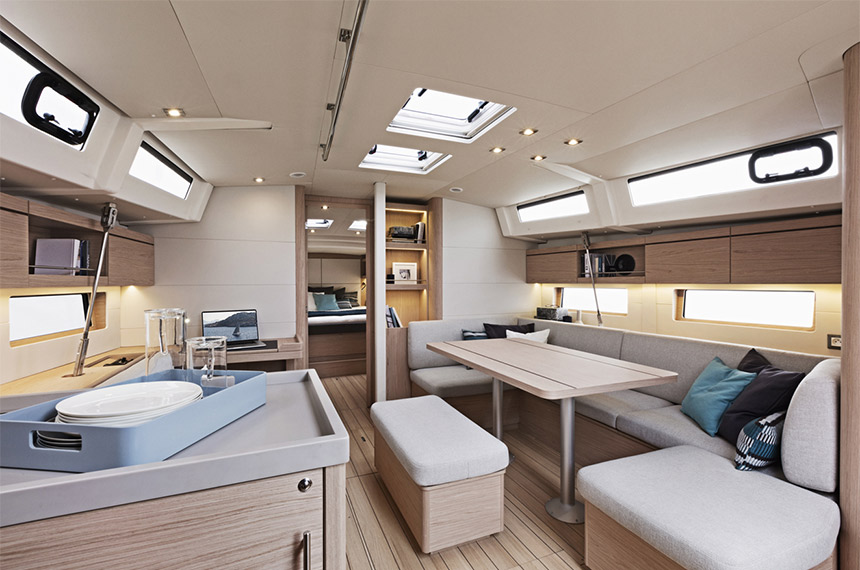 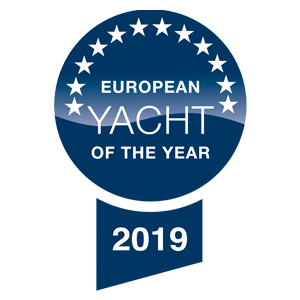 Nauta Design is pleased to inform you that on January 19th the Oceanis 46.1 was awarded “EUROPEAN YACHT OF THE YEAR” 2019 in the “Family Cruiser” category in Dusseldorf.

Bénéteau, the most important builder in the world for production series yachts, presented the Oceanis 46.1 model at a world premiere held at the Cannes Yachting Festival in September 2018.

Designed by Pascal Conq (Naval Architect) and Nauta Design (Deck and Interior Design), this new model incorporates all the best features of the new Oceanis line and has been positively received both by the market and yacht sector professionals.

The European Yacht of the Year Award is one of the most important and influential boatbuilding prizes worldwide. Initiated by German sail magazine YACHT it was first presented at Boot Düsseldorf in 2004. Today 12 magazines from all over Europe make up the jury, each of them the leading voice in their respective countries and respected beyond national borders.

Editors and test experts from the 12 magazines come together four times every year to nominate the candidates and put all the boats through their paces in joint sea trials for several days in a row. Since the first outing the jury has sailed more than 40.000 nautical miles together to find the best new boats – an unparalleled exposure which is making sure that only tried and tested models can claim the much sought-after trophy.

Please find below some of the judges’ statements on the Award’s motivations:

Toby Hodges, Yachting World, GBR
"The best Oceanis ever? And if not, I’m quite sure it will become the most popular to date. Beneteau, Finot Conq and Nauta took all the best bits of the 45 and the new 51.1 and somehow made them better. A clever, voluminous modern family cruiser that sails as good as it looks. Bravo Beneteau!"

Alberto Mariotti, Vela e Motore, ITA
"After a year of life and many boats sold the renewed Beneteau Oceanis range has demonstrated the power of the new philosophy. It benefits the 46.1 that convinces even more than the 51.1 last year thanks to the good performance found in a wide range of conditions and thanks to the excellent feeling on the helm. The versatility both of the sail plan and the interior allows the boat to adapt with great satisfaction to different navigation programs. In addition the 46.1 is not just fun sailing it also has a modern design that never tires."

Jochen Rieker, YACHT, GER
"Her predecessor, the Oceanis 45, had won the European Yacht of the Year Award in 2012 with quite some margin. And she proved to be a bestseller in the years thereafter. So expectations were really high for the 46.1, also a Finot Conq design. The newest model of Beneteau’s cruiser range didn’t disappoint. With a great allround package of agile sailing performance, ample volume, great flexibility and cool looks she easily beat her own benchmark as well as the competition."